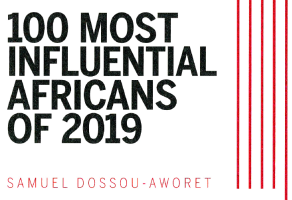 Over a long and distinguished career, Samuel Dossou-Aworet has played a central role in the African oil and gas sector. The founder of the Petrolin Group of companies where he is the Group Chairman and CEO, he is currently also the Chairman of ND Western, and a strategic advisor to a host of leading oil companies, including Tullow Oil, Engen in South Africa, NDEP in Nigeria and Hess in the US. His posts include having served twice as the Chairman of OPEC’s Board of Governors. His outlook is marked by a belief in the importance of developing Africa with both indigenous and international players, and also by pan-Africanism, challenging la Françafrique and French multinational hegemony in West Africa. As the Chairman of the African Business Roundtable since 2017, he has been a strong advocate of regional integration, and he is also renowned for the humanitarian work of his pan African NGO, Fondation Espace Afrique (FEA). His awards for services to society include the Grand Officer of the Equatorial Star (Gabon) and Officer of the Legion of Honor (France).