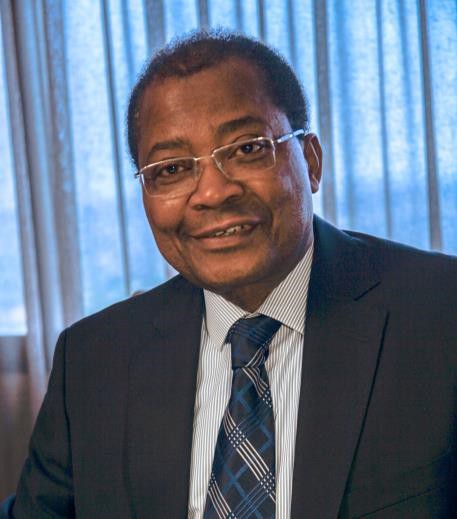 Established in 1990 by the African Development Bank under the visionary leadership of the late Babacar Ndiaye, who was President

of the Bank, the ABR was established to promote private sector growth and development in Africa by providing a platform for corporations, businessmen and women and institutions to associate under an umbrella organization. The ABR is dedicated to a Pan African vision providing solutions to issues of common interest.

During the past decade, the ABR has been under the able leadership of Dr. Bamanga Tukur who will now assume the prestigious role of ‘Grand Patron’ as Dossou-Aworet takes up the mantle to carry the Pan African vision of the ABR into the future as its new President and Chairman of the Board.

Mr. Dossou-Aworet is a petroleum engineer, with a degree from the French Institute of Petroleum (’72)  and is a highly respected businessman who, for more than 40 years has played an active role in negotiating numerous international oil deals in Africa and the Middle East. Throughout his dynamic career, Mr. Dossou-Aworet has been entrusted with high-level positions such as Chairman of the OPEC Board of Governors, where he served for two terms.  Moreover, Mr. Dossou-Aworet served as Chairman of the Expert Committee of African Petroleum Producers Association (APPA),  where he had the opportunity to  provided strategic advice to many African States in the development of their oil and gas assets.

In 1992, Samuel Dossou-Aworet established his company, Petrolin and serves as its Chairman and CEO. Petrolin was established with the objective to create partnership with local entities and international companies for the development of Africa.

Through the diversification of his activities in Africa, Mr. Dossou-Aworet has expanded to industries related to his core business namely in infrastructure, aviation, telecommunication and media. His vision is to promote indigenous African businesses.  In that regard, he has been instrumental as a major shareholder in several successful indigenous companies such as ND Western and Seplat as well as a strategic partner to multinational corporations such as Engen, Hess, Shell, Total and Tullow Oil.

Projet Épine Dorsale: A New Backbone for Africa, an innovative, integrated infrastructure project for the West African corridor, is the brainchild of Mr. Dossou-Aworet.  Projet Épine Dorsale includes the development of a Petroleum, Mineral and Commercial Deep Water  Port,  the dry port of Parakou in Benin,  which has recently been completed, an international airport at Seme, and the Cotonou-Parakou-Dosso-Niamey railway corridor to transport passengers, cargo and mineral ores to and from Benin and landlocked countries including Niger, Burkina Faso, Chad, Mali and Northern Nigeria enhancing the lives of more than 350 million people in the sub-region.

Mr. Dossou-Aworet is Chairman of the African Institute of Petroleum, an institution he co-founded in 1996. He also serves on the Board of Directors of the Corporate Council on Africa (CCA) and is looking forward to reestablishing ties between ABR and  CCA as well as reinforcing and strengthening the existing ties between ABR with    ECOWAS,    UNECOSOC,  UNIDO,  UNECA,  UNCTAD,  UNESCO,  MiGA,  and  the NEPAD Secretariat along with forging new ties with the Black Business Council (BBC) in South Africa, the Business Council of BRICS and many other organizations that have a desire to see the full and equitable development of Africa become a reality.

On Thursday, September 21, 2017, the Grand Patron, Dr. Bamanga Tukur, presented the new President of the ABR, Mr. Samuel Dossou-Aworet to the President of the African Development Bank, Dr. Akinwunmi Adesina where ABR was born and has its roots. A renewed and deeper bond was forged between the two institutions and a commitment made to continue to work closely together to ensure the expansion and growth of the African private sector which is designed to enhance the quality of life for the citizens of Africa. 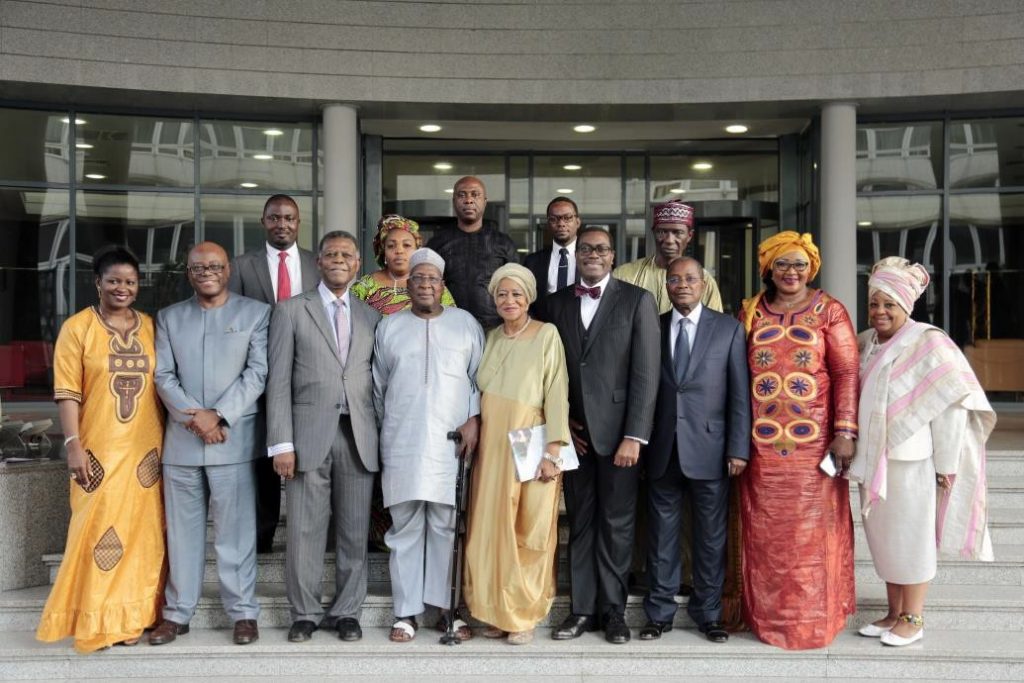 President. Mr. Dossou-Aworet, Grand Patron Dr. Bamanga Tukur and ABR Board and Members with
President of the AfDB, Dr. Akinwunmi Adesina in front of the AfDB Headquarters in Abidjan, Ivory Coast