African Union will enhance Free Movement and Single Air Transport Market during the Extraordinary Summit on the AfCFTA in Kigali, Rwanda 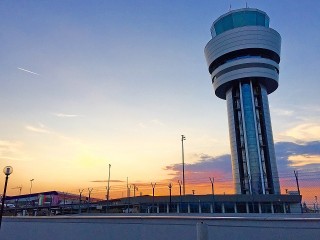 The Extraordinary Summit on the African Continental Free Trade (AfCFTA) held from 17-21 March 2018 in Kigali, Rwanda, will serve as a platform for the African Union to sign into existence another flagship project that will boost intra-Africa trade: The Treaty Establishing the African Economic Community relating to Free Movement of Persons, Rights of Residence and Right of Establishment.

The MoUs are as a follow up of the endorsement at January’s AU Summit of the single market and liberalization of air transport in Africa through the adoption of a Single African Air Transport Market (SAATM). The launch of the single air transport market is expected to bring about greater connectivity across the continent, a key step towards development of the aviation and tourism industry in Africa.

SAATM is expected to spur more opportunities to promote trade, cross-border investments in the production and service industries including tourism, resulting in the creation of an additional 300,000 direct and 2 million indirect jobs.
About the AfCFTA

The main objectives of the AfCFTA are to create a single continental market for goods and services, with free movement of business persons and investments, and thus pave the way for accelerating the establishment of the Customs Union. It will also expand intra-African trade through better harmonization and coordination of trade liberalization and facilitation and instruments across the RECs and across Africa in general.

The CFTA is also expected to enhance competitiveness at the industry and enterprise level through exploitation of opportunities for scale production, continental market access and better reallocation of resources.

The AfCFTA by the Numbers:

Some of the benefits of the AfCFTA include:

Boosting industrialization: Currently, some 82% of African countries’ exports go to other continents; they consist mostly of commodities. By contrast, over half of intra-African trade is in manufactured products. Supporters of the deal argue that it will create larger, more competitive markets, helping to ignite Africa’s stalled industrialisation.

Speeding up transport times: Research also shows that the largest gains come not from reducing tariffs, but from cutting non-tariff barriers and transport times. That will come as no surprise to drivers in the long lines of lorries queuing at a typical African border post. The World Bank estimates that it takes three-and-a-half weeks for a container of car parts to pass Congolese customs.

Dynamic market: The AfCFTA offers economies of scale and the chance to create regional value chains. It will offer a tremendous boost to job creation by creating new job opportunities at a time when renewed efforts are required to meet the needs of the Africa’s youth and fully harness the demographic dividend.

Attractive destination for FDI: An enlarged continental market fostered by the AfCFTA will attract more foreign direct investment (FDI) to support African infrastructure development, increase productivity, and support diversification and transformation. Africa needs sustained investments rates of 25% of GDP and above to achieve 7% annual growth rate. Average investment rate over the past 2 decades has been about 18%. Larger markets are needed to attract larger investments rates.

The World Trade Organization estimates that intra-African trade in 2012 was about 12%. Today, intra-African trade is approximately 16%. This is in stark contrast to much higher rates of intra-regional trade in more developed regions of the world: 70% in Europe, 54% in North America, and 51% in ASEAN.

United Nations Economic Commission for Africa (UNECA) estimates that the AfCFTA could increase intra-African trade by $35 billion, or 52% above the baseline, by 2022.

It further estimates that agricultural and industrial exports would increase by $4 billion (7%) and $21 billion (5%) above the baseline, respectively.

UNECA estimates that in conjunction with ongoing initiatives, such as trade facilitation measures to reduce time and cost of trading, the AfCFTA would help increase Africa’s export volumes to the rest of the world by 6%.

Improving Africa’s political position via-a-vis the rest of the world:

Reduced vulnerability of Africa to external trade shocks, and

Enhanced participation of Africa in global trade and reduced dependence of the continent on aid and external borrowing.