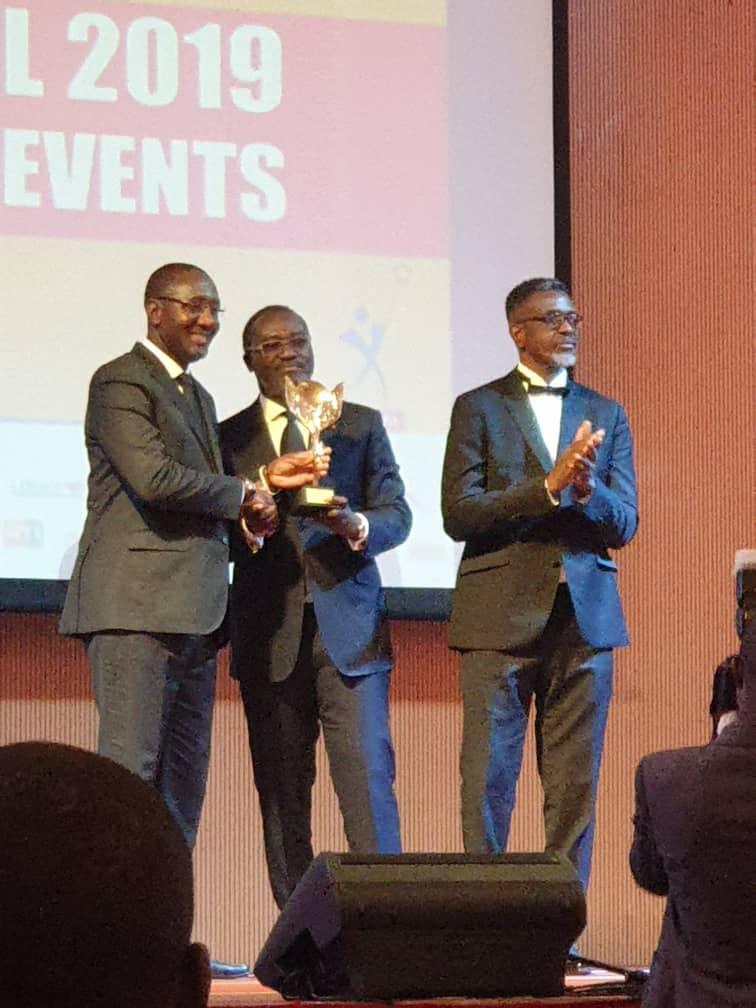 The Africa Economy Builders Awards, a major platform, gathering notable entrepreneurs from Africa and its Diaspora, marked its 10th edition this year on 26th April, 2019 in Abidjan, Côte dIvoire with the participation and support of the African Business Roundtable (ABR), sponsored by its President and Chairman of the Board, Samuel Dossou Aworet, a fervent promoter of economic integration and Chairman / Founder of the Petrolin Group.

Mr. Dossou was invited as a Special Guest and Patron, having been a distinguished past recipient of the Africa Economic Builders, LIFE TIME ACHIEVMENT AWARD at the 9th edition held in 2018. He was to give a keynote address at this years Forum, themed Entrepreneurship for African Economic Integration and hand over plagues to some awardees of the 10th edition.

Mr. Dossou, represented at this event by Madame Massogbe Diabete Toure, CEO, Societe Ivorienne de Traitement dAnacarde (SITA), a key member of the African Business Roundtable and a notable entrepreneur based in Abidjan, in his Keynote Address called on entrepreneurs and the business community to come together, breaking down artificial barriers and boundaries and act jointly with deep commitment and keen sense of purpose to resolve issues of common interest, especially those concerning trade and investments.

He further stated in his address, that entrepreneurs must be united in advocating for the development and implementation of the right policies in a systemic and sustainable manner using organized institutional platforms such as the African Business Roundtable for driving such common objectives.

Notable among this years recipients of the Africa Economic Builders Awards were;

A remarkable feature of this years event was the dominant presence of successful women entrepreneurs, Leaders in the business world, such as the Namibian, Dr. Martha Namundjebo-Tilahun, who chairs the United Africa Group, a conglomerate of 52 companies with diversified interests and Francoise Peune Mamy Nyanga the Cameroonian star of business.

Mr. Michel Russel Lohore, Promoter of the Forum who recently joined the prestigious membership of the Roundtable (ABR) was joined by the ABR Executive Secretary, Samuel Ayodele at the event.